Timisoara Travel Guide: top things to do & places to visit


Timisoara is the third largest Romanian city and has undergone extensive restoration works in recent years. It is now a beautiful and clean city, with shiny old buildings and lavish gardens. Many urban have been taken over by young initiatives booming with ideas and creativity. It is also a city with lots of history, influenced by Habsburg culture and aristocracy, and a rebellious mentality - Timisoara is where the anti-communist revolution of 1989 started!

Your Romanian Friend wants to help you visit major cities in Romania with the help of locals so we've our one of our friends to write this small Timisoara travel guide.

If you're a first time visitor to Romania be sure to check our 10 travel tips for visiting Romania and the best sights of Transylvania.

Last but not least, have a look at our top choices for the best tours and day trips from Timisoara: 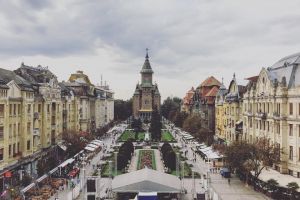 The 2021 European Capital of Culture - Timisoara!

With a population of around 320.000, Timisoara is the 3rd largest city in Romania located on the western part of the country, close to the Serbian and Hungarian border, and is a major cultural, commercial and business hub.

Timisoara, like many other Romanian cities, enjoys a unique and rich mix of cultural heritage, which helped the city secure its place as the European Capital of Culture in 2021. The city’s history was marked by numerous wars and take-overs from more than six ethnic groups, but today Timisoara is a multi-ethnic community that breathes diversity and acceptance. Besides the city’s Romanian population, you will also notice a lot of Serbians, Hungarians, Gypsies, Arabs, Germans and Italians as well as plenty of students coming from an increasing number of foreign countries looking to obtain IT and medicine degrees from Timisoara’s universities.

With such a diversified historic background you can expect an equally rich architectural mix of Baroque, Art-Nouveau, Neoclassical and, of course, communist-inspired buildings. The entire historical city centre of Timisoara is full of attractions and beautiful too, as it has recently undergone an extensive restoration process using EU funds to preserve its original architecture. Timisoara’s main squares Union (Unirii), Freedom (Libertăţii) and Victory (Victoriei) await your visit together with a tremendous number of hungry pigeons.

You can take a quick tour of the city’s main sights by starting at The Orthodox Cathedral in Victory Square and ending it in Union Square (here you can see a list of landmarks to visit), or take a longer tour through Timișoara’s historic neighborhoods: Elisabetin, Fabric and Iosefin. While you’re in Union Square, you might take a walk to the Theresia Bastion (one of the old gates of Timișoara fortress).

If you’re low on time and budget, you can take tram 6 for a ride - ticket price is 0.3€. It is a regular tram route that goes in circles through 3 of Timișoara’s historic neighborhoods: Cetate, Elisabetin and Fabric. If you’re visiting Romania during summer time, you can start your tram route from the “700” market. While you’re there, you should definitely taste our delicious local fresh fruits: cherries, strawberries, peaches, apples, grapes or plums – you’ll rediscover a taste you can no longer find in Western European markets!

I also recommend taking a walk along the Bega riverside or through Timişoara’s parks: Justice (Justiţiei) or Roses (Rozelor) which are very beautiful and always admired. One other special sight is Brück House, a four-level Art Nouveau building from 1910 beautifully restored in 2012. The original owner opened a pharmacy on the first floor and it’s still there along with original furniture and equipment!

The best way to visit all the main attractions in Timisoara and learn about the city's history and Art Nouveau heritage is to go on a guided tour of the city with a passionate local: 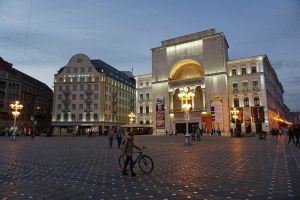 Things to do in Timisoara and day trips from the city

If you’re into looking at old stuff, try the Museum of Communist Consumer, which is basically an apartment full of items dating before the Romanian revolution in 1989 which will literally take you back in time – a must see! The museum has also an artsy-hippie bar with a yard that looks more like a jungle named Scârţ - don’t even bother to try pronouncing it!

For art lovers - visit the local Art Museum which is located in Union Square and have a coffee/beer at Aethernative Cafe. German-speakers can try one of the shows at the German State Theater.

Timisoara is also a good base to do some day trips in the fascinating region of Banat. The region itself has a unique history and cultural identity, and in some parts you can see how locals live as if in a time bubble, isolated from civilisation and modern life! 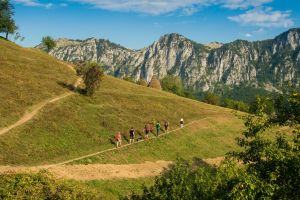 Nearby, the Danube River forms Romania's natural Southern border with Serbia. The Danube's winding path has created an area of superb beauty: the Danube Gorge. Here you can admire the rock sculpture of King Decebal the leader of our Dacian ancestors who settled these parts more than 2,000 years ago. Driving along the Danube riverfront is very scenic too, with plenty of places to stop, admire the view and enjoy fish dishes unique in Romanian cuisine! 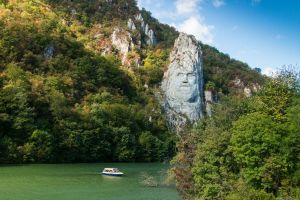 Another major attractions that can be visited on a day trip from Timisoara is the famous Corvin Castle: a well-preserved Gothic-meets-Reinassance masterpiece that served as a defence citadel and home to Transylvania's rulers. Now it's considered to be one of Europe's best preserved medieval castles - and we think it's much more interesting than Bran Castle!

The Dacian ruins at Sarmisegetusza are also an interesting sight easily accessible from Timisoara. The Dacians created several defensive forts and citadels in the mountains to protect their settlements. While not much of them have remained today, they give a unique insight into life 2,000 years ago and thanks to this were included in UNESCO heritage.

Plenty of natural attractions around Timisoara too! Mountain lovers have plenty of destinations to choose from, the most challenging of which is Retezat National Park - read our guide about hiking in Romania. A more accessible attraction is Bigar Waterfall world-famous for its pristine beauty or Ochiul Beiului Lake (Devil's Eye) known for the unique and fascinating blue colour of its water. 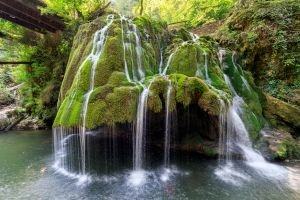 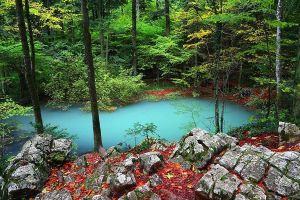 Where to eat and places to go out in Timisoara

For a coffee break, try Mokum Cafe or breakfast at at Neaţa Omlette Bistro or Zai Appres Cafe, near Union Square. For lunch you can try Misto Restaurant (the Beretta local beer is a must try!) or Grill to Chill. For delicious home-made desserts and very good coffee there is only one place to be: Garage Cafe. Have a look at our guide on traditional Romanian food to get a better idea of what to order!

If you’re a meat lover and can handle the heavy side of food, I dare you to try our local cuisine at Grădina Bănăţeană (they also have a nice terrace during summer). Here you can eat ciorba de burta (sour beef belly tripe soup), sarmale (meat cabage rolls), mici (Romanian version of grilled meatballs or kebab) and papanaşi (fried dumplings with jam) for dessert. Gratarul cu Staif is also a good choice if you’re a fan of ribs, burgers or grilled meet in general. Vegetarians – do not despair: BioFresh offers vegan and raw vegan dishes that will certainly please you.

If you want to get away from the city centre, take a cab to Musiu and have a drink in their very nice outdoor garden and relax after a day’s walk. During the warm season, I also recommend you go to La Căpiţe where you can catch a lot of local concerts or sit on a haystack, D’arc pe Mal or the delicious ice-cream being served at Gelato di Bruno.

If you’re into dance music you can party at Scottish Pub, if you’re into techno and DnB you should try Escape Venue or Database. For the fancy (and more expensive) night out if warmly recommend Epic Society Club. If you’re one of the few rockers or punkers left around, you can hit a concert at Daos Club. For a beer in a bar/club you will pay 1.3€ - 3€ and for a long drink 2€ - 7€.

If you’re looking for a shopping session, I’ve got good news for you: OpenVille in Timisoara is a pretty big mall where you can spend a couple of good hours shopping, eating and enjoying a coffee on the terrace.

Getting to Timisoara is becoming more and more easier: WizzAir, RyanAir, Lufthansa and Tarom operate direct flights from various European cities and Bucharest, of course. I also know that it’s possible to get here by train from Belgrade, Budapest or Vienna, but I don’t know the exact details – you should keep an eye on Romanian Friend’s Local Feed

Because Timişoara’s historic center is not that large, I strongly recommend walking as a way to explore the city. However, for longer distances you can use Uber or install Tudo Taxi app to order a cab online. A usual ride inside the city is about €3-6 and around €10 to the airport.