Transylvania (Latin for ‘land beyond the forest’) is a historic region part of Romania with an intriguing reputation for its natural beauty and well-preserved cultural heritage. With vast woodlands, rolling hills and quaint villages, the slow and peaceful way of life found here is becoming a rarity in this always-connected, fast paced world.

The region is located inside the Carpathian arc benefiting from natural protection and a rich geography with superb landscapes against picturesque villages or medieval ruins. We locals say that Transylvania has a history, culture and vibe of its own, like nothing compared to what can be found in the South (Wallachia or Țara Românească) or the East (Moldova) of Romania.

Popular thanks to all the ’Dracula’ stories from Western culture connected to Bran Castle and to HRH Prince Charles efforts to promote the region where he has been spending his summers since 1998, Transylvania is the quintessential slow tourism destination: visiting requires several days, a bit of planning and understanding of what you’re about to see. That’s why we’ve put together a small guide to help you visit. 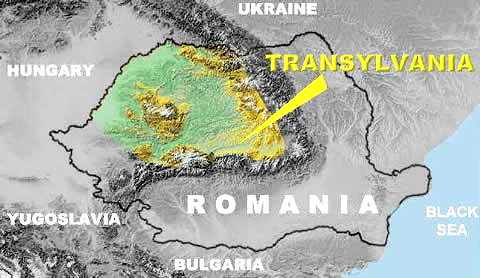 
Transylvania represents a third of present-day Romania with a population of 7 million (out of a total of 19 million) and is the most economically developed region with major Romanian cities and cultural hotspots. Transylvania itself is made out of several smaller regions: at the heart of Romania, Transylvania proper (Brasov - Sibiu - Cluj-Napoca - Tg. Mures area), Crisana (the North-Western border region around Oradea), Maramures (a truly unique region in the North).

Nature lovers will be thrilled: the Southern part of the Carpathian Mts. around Brasov and Sibiu (Bucegi Massif, Piatra Craiului Natural Park, Zarnesti Gorge, Fagaras Mountains, etc) boast spectacular views, great hiking trails and a rich wildlife like nowhere else in Europe. Check our guide to hiking in Transylvania to find out more about planning your trip and tour suggestions.

Our favorite thing: the beautiful rolling hills with mountains in the background are the perfect setting for a horse riding trip in Transylvania - we did it and it was magical!

Did you know that Romania has the largest brown bear population in Europe? Brown bears are protected by law and eco-friendly non-profits can take you on a unique bear tracking experience in Transylvania.


Some things about the history of Transylvania (and Romania)


Our Dacian ancestors settled the South-Western parts of Transylvania (in Orastie Mountains, Hateg region) more than 2,000 years ago and founded several settlements along with their capitol city, Sarmisegetusza Dacia. After several battles, the Romans conquered and settled Dacia in 105 thus starting the long process that gave birth to our nation in the High Middle Ages (approx. 1300).

Over the past 1,000 years, Transylvania has seen many migrations through its territory, transforming it into a rich mosaic of cultures and settlements. Eventually, the Principality of Transylvania was established with a unique blend of majority Vlachs (Romanians), Hungarian Székelys and German Saxons.

There is much fascinating and tumultuous history waiting to be discovered at major historic sights such as Corvin (Hunyadi) Castle, any of the 7 fortified settlements (cities of Bistrita, Brasov, Cluj-Napoca, Medias, Sebes, Sibiu and Sighisoara) or the Saxon villages with fortified churches. One not to miss is Alba Iulia Citadel due to its significant role in the Great Union of 1918 when Transylvania voted to join the Kingdom of Romania then formed of the principalities of Wallachia (Țara Românească in the South) and Moldova (East), ending a 300-year long struggle for all Romanians to be united.


Lastly, you should also know that Romanian cuisine is slightly different depending on the region you are in. Some dishes are prepared differently across the country while others, such as those from the Maramures region, cannot be found anywhere else. Transylvanian cuisine is, of course, special: a bit heavy on fat (the healthy type!), based on pork meat, vegetables in various stews and sour soups (called ciorba). Don't miss bulz, any type of ciorba, paprikas or any type of pies (including fried dough). Dishes in Transylvania are representative of the peasant food culture in the region, with influences from Austro-Hungarian dishes. A food trip in the Sibiu's countryside is the perfect way to discover the delicious food of Transylvania.