Brasov is one of Romania's most popular tourist destinations famous for its medieval architecture and charming natural surroundings. Surrounded by the Carpathian Mts. and with a fortified Old Town, it's one of the best cities to visit during your holiday in Romania! Check our guide for what to do in Brasov to learn why!

Brasov is 3-hours away from Bucharest and is your entry point into Transylvania. It's a great base to explore the Great Romanian Outdoors, visit medieval castles and traditional villages, go on adventurous tours or wildlife watching! Many of the best things to do in Romania can be crossed off the list from here!

Have a look at the tours and day trips you can book starting from Brasov with our guides and if you have any questions contact us! 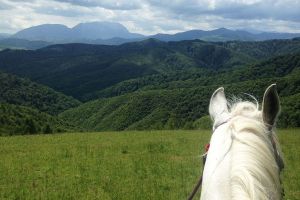 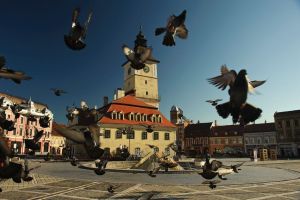 Discover Brasov through the Eyes of a Photographer 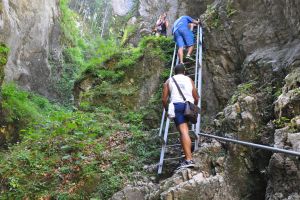 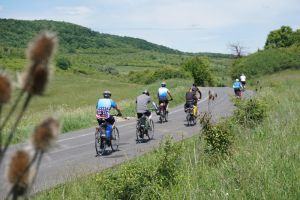 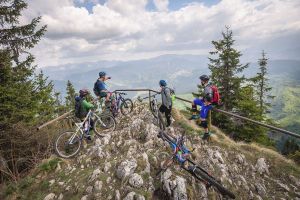 Mountain Bike Tour to the BEST Viewpoint of Brasov 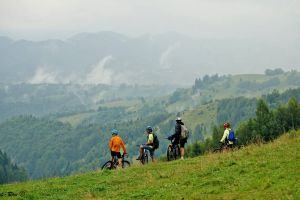 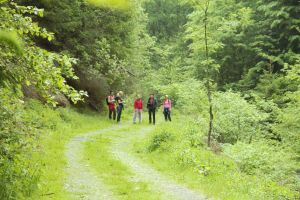 Start from: Podu Dambovitei or Brasov 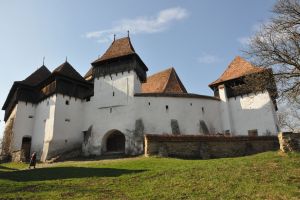 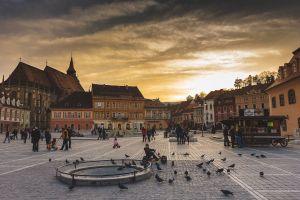 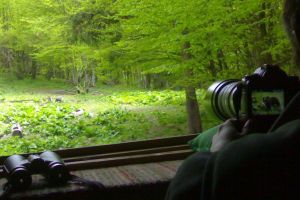 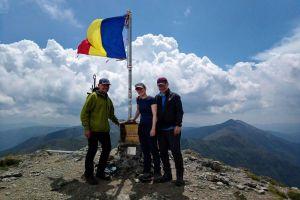 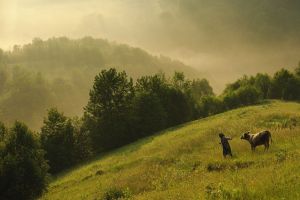 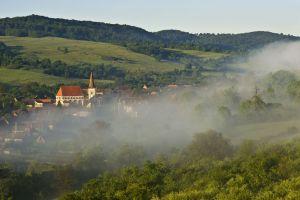 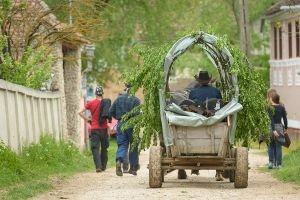 3-days of Agro-Tourism in Transylvania at a Local Farm

Start from: Cobor or Brasov 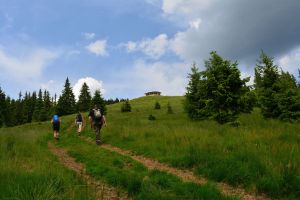 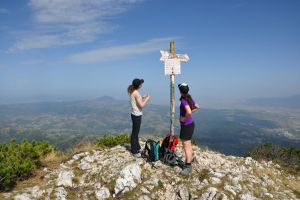 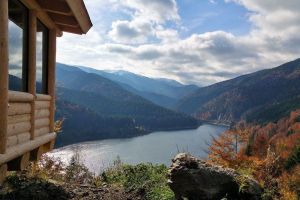 Best Tours and Top Things to Do in Brasov

The city of Brasov is one of Romania’s most popular tourist destinations for locals or foreign travellers alike. And once you visit it you will quickly realise why – representative for our country’s rich medieval and troubled history, with large squares, 700-year-old Black Church, cobbled narrow streets (including the narrowest in Europe – Rope Street), sturdy, colourful and richly decorated houses that belonged to wealthy merchants, Brasov is charming and nothing less! And the fresh mountain air coming from the Carpathian Mountains surrounding the city from all sides will make your visit even better!

Easily accessible by train or bus, spending one night to visit the city is a must. But you should know that the area around Brasov offers many things to do: from renowned castles and fortresses, wonderful natural attractions, authentic local life in remote mountain villages, natural parks and, of course, the famous region of Transylvania to which Brasov acts as gateway. By no means exhaustive, here’s our list of the top 10 things to do and places to visit around Brasov:

Just to get it out of the way – this is Romania’s #1 tourist attraction and therefore it’s most crowded and overwhelmed. Overhyped because of its ‘Dracula' association, this attraction is located in the small village of Bran just 30 km away from Brasov.

The fortress was built around 1377 as a strategic defence fortress and customs pass. Perched on a crest overlooking a valley leading into Wallachia, Bran Castle has menacing towers and truly a medieval air to it. With a long history and passing through many hands and owners, the castle has an interesting history of its own – not at all related to Dracula or Vlad the Impaler, the supposed real-life person for Bram Stoker’s character. Check our dedicated page with the tours and trips to Bran Castle we recommend.

Very close to Brasov there is the small town of Rasnov situated at the base of a mountain. On top of this mountain is Rasnov Fortress, one of the best-preserved historic attractions in Transylvania and truly a wonderful sight!

Strategically built to allow for maximum visibility of the surrounding area, as you can imagine Rasnov Fortress was also used to control and defend the entrance into Transylvania. Supposedly built by Teutonic Knights in the 13th century initially out of wood, the fortress was later upgraded to stone and steel through the shared effort of the villagers living in the area who used it as refuge in times of need. Besides the fantastic views it offers, the fortress now houses small shops and crafts perfect to find a souvenir and is growing in popularity as a tourist attraction. Check our dedicated page for tours at castles and historic sights.

Another fortress built on top of a hill, Rupea Fortress watches over the town with the same name. Built in the 14th century and constantly upgraded afterwards, it was used to defend and protect the area and the locals living here.

On its site, ruins from our 2,000-year-old ancestors the Dacians were found, proving that this place was inhabited for a long time by our ancestors and considered of strategic importance. In fact, during the Dacians, this settlement was called Rumidava and after the invasion of the Romans it was renamed Rupes (rock in Latin). Rupea Fortress is partially in ruins but it was restored recently and should make it on your list of places to visit if you want to learn about the history of the area and greater Transylvania and see some great views!

Undoubtedly one of the most popular natural attractions in Romania, the 7 Stairs Canyon is very close to Brasov and makes for a great hiking trip. Located in the western part of Piatra Mare Mountains, this Jurassic limestone canyon was formed as a result of natural ruptures, earthquakes and landslides that happened over thousands of years.

Similar to a very narrow gorge and 160 m long, the canyon has no less than 9 waterfalls which means there is a small ecosystem with lots of humidity inside. The canyon can be crossed through a series of metal stairs, passageways and vertical ladders but without the need for specialized equipment. This means you will have a very personal, up-close experience with nature! Check our dedicated page tours and trips to the 7 Stairs (Ladders) Canyon.

In the Carpathian Mountains the Piatra Craiului Mountain Range are considered among the most beautiful. Famous for their sharp limestone ridge that zig-zags across the sky at heights of over 2.170m, this natural park is every hiker’s paradise. It offers challenging treks at its ridges but also leisurely trails across hills dotted with remote villages, to admire natural and bio diversity and come across lots of local attractions and friendly villagers.

The protected area of Piatra Craiului National Park contains many small-sized natural reservations and attractions such as Zarnesti Gorges, Dambovicioara Cave, Moeciu and Gradistei Canyons, Curmatura Hut. Many hiking trips are available from Brasov and Bucharest and we know the right partners that can take you on a hiking tour!

All over the foothills of the Carpathian Mountains, and particularly around Brasov, there are many remote villages dotting the hills with their small houses, haystacks and livestock. Here, ageing villagers live like they used to 100 years ago. These villages are representative of the authentic self-sustainable and peaceful rural lifestyle of Romanian culture, where people are very much attached to traditions and customs, community-living, the livestock and land they harvest and work for their daily sustenance.

The villages of Magura, Pestera, Ciocanu, Fundata, Moeciu and Sirnea located in Piatra Craiului National Park are the most representative. These communities live at the highest altitudes in Romania at over 1.200m, nestled between mountain crests and rolling hills. Visiting them requires a local guide who knows the routes in the area and the locals – our trusted guide-partners are the right choice for that!

Another interesting historic attraction near Braşov is in the city of Fagaras. Dating back to the early 1300s, Fagaras Citadel was also used to defend Transylvania from invaders (obviously!) against the Tatars and later Ottoman Empire. In 1599 the fortress was used as residence by Mihai the Brave (Mihai Viteazul) an important figure in Romanian history who later gifted it to his wife.

It continued to be used as a residence by medieval rulers projecting their power in the area known as Fagarasului Land. The citadel is the perfect history lesson for medieval times and feudal organisation. During the communist regime (1948-1960) Fagaras Citadel was used as a prison for political detainees and a wing of the building is dedicated to remembering and describing those times. Recently, the citadel was restored and now houses the Fagaras Country Museum, reinforcing its historical significance.


Few people know that Romania hosts the largest brown bear population in Europe. Previously hunted for game meat, fur or simply as trophies or for sport, they are now protected by law. As their numbers grew, bear watching has become a popular activity in Romania.

Lots of tour guides offer bear watching trips but you should be careful in choosing the right guides as not all of them are licensed with wildlife activities or will take you on an ethical experience. Our professional guide-partners, Simona and Iulia, have been verified by us and can offer you the real and ethical experience with bear tracking or watching, even for other wildlife found in the Carpathians (wild boars, deer, lynx, etc.).

A special attraction in the area is the Libearty Bear Sanctuary, a natural reservation that shelters bears saved from improper captivity from all over Europe. The reservation can be visited under stricter rules than a zoo because it focuses more on protecting the animals rather than caring to visitors.

Lying at the base of Tampa Hill and with Postavaru Massif nearby, Brasov is a great choice for on-the-spot one day nature adventures that don’t require much preparation or equipment. Mountain bike fans will be particularly happy because the area offers plenty of forest trails, including some challenging downhill rides, with stops along the way to admire the beautiful views of the area or enjoy a snack at a mountain hut.

Brasov is also a great destination for winter sports lovers: nearby Poiana Brasov is considered the best ski resort in Romania but Postavaru Massif is also a great place for off-piste, backcountry freeriding, whether you’re a beginner or experienced rider!

The Egyptian pyramids are not the only ones surrounded by mystery. In the village of Sona there are some peculiar formations, earth mounds covered with vegetation which are pyramid-shaped. These mounds are surrounded by many local legends and stories. There are scientists who believe that the pyramids at Sona were created by the Dacians and that they shelter King Decebal's tomb, the famous ruler of our ancestors.