Peles Castle in Sinaia, Prahova county, is undoubtedly the most beautiful fairytale-like castle you will see in Romania. Built as a summer residence for the Romanian royal family (yes, Romania was a monarchy once!) at the end of 19th century, the castle is a architectural, engineering and decorative jewel - a 'must-see' sight in Romania!
See our handpicked tours and read more info about visiting Peles Castle below: 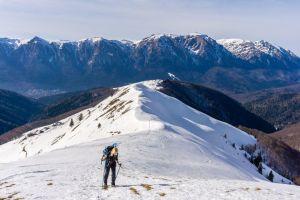 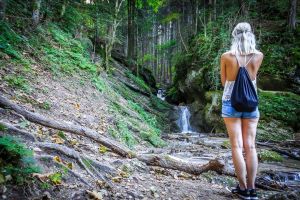 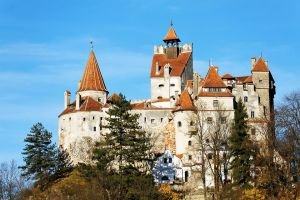 We enjoyed our tour with our guide, George - who took us around the Castles around the region.

We were looking for a private tour and a comfortable experience for ourselves as we came across many tours like this but weren't convinced of their quality. This trip was perfect: a very knowledgeable and friendly guide with a spacious and modern car told us A LOT about Romanian history and gave us enough context to understand what we're seeing. Didn't rush us and gave us space to explore on our own which was great. A long day but very good value for money, thanks!

Unfortunately I can't remember the name of my guide but he was "" THE BEST "" I have difficulties to decide which was more impressive: his knowledge of history and the sights we visited or his singing !!! and the place he took us for our lunch was amazing, their food and the view of the castle ( bran ). I was truly happy with this tour, thanks romanias friends !!! Our guide - Charlie - was amazing! He guided us through the three gorgeous castles (and a tasty lunch near Bran Castle) with ease, and shared so many fascinating stories about the culture and history of Romania along the way. We were lucky in that it was just me and my daughter on the tour, so we had a very personalized experience. I highly recommend the tour!

Wonderful experience with and experienced knowledgeable guide. He knew all about Romanian history as well as Europe. Highly recommended! 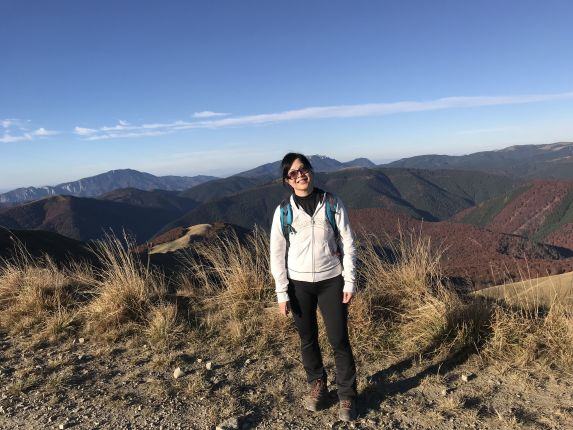 Marius from Romanian Friends was very helpful and prompt in replies to me. I also managed to get my refund (due to a change in my booking) very promptly. My tour guides, Laur and his colleague Oana were great! They ensured that I was able to keep up (though I was rather slow) and gave all sorts of interesting facts about the nature around us. The hike was more tiring then I had expected but definitely enjoyable. Laur and Oana packed lunch and it was lovely having a picnic at the top. I especially appreciated the tracking that Laur did using his watch to show our route. 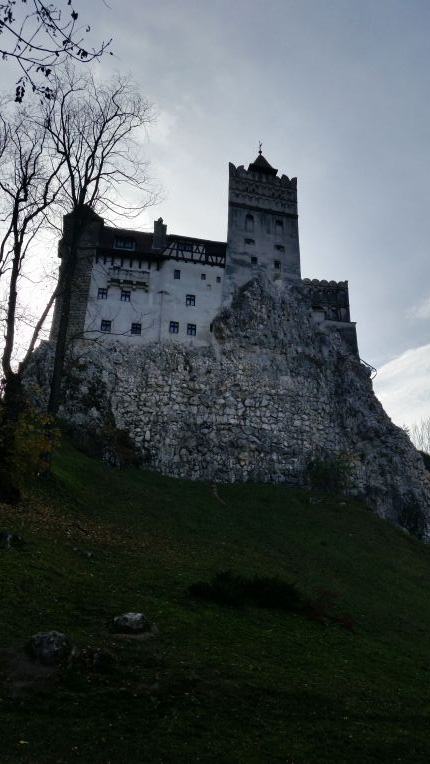 Our guide was very knowledgeable about all three of the sites that we visited. The sites were all so different. Peles-ornate, over-the-top, Bran-much more simple but decorated for Halloween, and Rasnov-ruins with a great hilltop view. Our guide knew several spots from which to take some pretty cool photos and drove us down side streets to find these spots. Just be aware that you need to pay extra to take pictures inside of Peles. We bought postcards instead!

A very enjoyable trip, and doing it with a guide and transport certainly makes life easier to include these 3 sites into just one day. I enjoyed all 3 of the castles, but Peles was my favourite - it is extremely beautiful inside, and has interesting history behind it. Bran of course a must-visit in Transylvania, and despite being very touristy and busy I would say it was enjoyable. Rasnov contrasted well with the other castles, it is a very different style built by the Saxons.

Our tour of the Medieval castles of Transylvania was worth every Lei! We were picked up at our hotel and spent almost 9 hours with our guide. He continually provided us with history about the area and the site we were visiting. He was very passionate about Romania and we learned a lot! He obtained tickets to the sites with no effort by us and was well known in the area by people who were always happy to see him. The tour is something anyone visiting this area should experience. We were able to see two castles, one palace and a fortress in one day - and enjoy a nice lunch with local food in a non-touristy restaurant. He also shared stories about the mountains and Romanian Orthodox churches. The distance between the sights would not be easy for someone not familiar with the area - so thanks for the tour Romanian Friend!

I really enjoyed my whole day with my driver/guide Chip, Bogdan's colleague. He was very accommodating to my special wish, which was to also go to the Village Museum. He also suggested a wonderful monastery tomb visit along the way. He was polite, an excellent guide, and very knowledgeable. He was also open to giving me just the right amount of information about each site, without information overload. Snacks and some beverages were also provided during the day. I enjoyed this tour tremendously and would highly recommend it to others!

Peles castle or palace, a place deemed “instantly spectacular” by at least one of its many foreign visitors, was build between 1873 and 1914 at the initiative of Romania’s first king, Carol I and served as summer residence of Romanian kings.

It is considered one of the most impressive castles of Europe, a true masterpiece built in Neo-Renaissance art and exposing exquisite examples of European fine art, each of the 160 rooms of the castle being decorated in a different style. It is one of the most important historical sights of Romania, a unique place duet o its historical and artistic value. After being nationalized during communist rule, the castle is now the property of the Romanian Royal Family and serves as art and history museum.

Inside, tourists can expect to get a glimpse of the distinguished lifestyle of the royals, from secret passages (if you opt for a longer guided tour), impressive paintings and sculptures, heavy armours in the Armour Room, luxurious silk embroideries and fine carpets, heavily decorated mirrors, Murano glass, wooden carved furniture and gold and silver elements around every corner. The castle also houses a small theatre, incorporating a scene, 60 guest seats and a royal lounge.

The castle had very modern facilities for that era - for example, the glass roof visible in the honorary entrance hall is mobile and could be moved using an electric engine. The castle also had central heating since 1883 and, duet o its own electrical plant, Peles castle was the first castle in Europe to have electricity.

Visitors should mind the opening hours, as the castle is closed generally on Mondays and during the whole month of November for maintenance works. However, Pelisor, the smaller castle nearby is open for visits during this period.