Travelling to Romania: international flights, trains, by car & other info

posted on 06th of April by Marius

So, you’re thinking of visiting Romania, eh? GREAT choice! Not sure what's the best way of getting here and what are your transport options?

Listen to what locals have to say: I'll tell you the most important things you need to know about travelling to Romania and what are the best ways of getting here. In this article you'll find info about each transport options (flights, companies & airports, international trains, driving to Romania or taking the bus), together with some useful tips that will make your trip-planning easier, cheaper and stress-free!


The first thing you should know is that travelling in Eastern and Southern Europe isn't as easy as in Western Europe because of weird or difficult to pronounce names, strange alphabets (Latin - Cyrillic - Helenic) and cross-border travel info that's harder to find online, and is sometimes unreliable. Transport infrastructure isn't as developed too, with fewer highways and old trains running on railways built by the communist regimes.

If you're looking to visit more than one country in the region, you will need some serious planning ahead. If you just want to travel only to Romania, then your choice will depend mainly on time spent travelling, budget and what kind of experience you’re looking for: just get me here or I want an adventure!

So here is the essential info on how to get to Romania and the pros and cons of each option:


1. Flights to Romania - low costs for the win!

I’ll start with this because it’s by far the quickest and cheapest way to travel to Romania. Why?

There are no less than 6 low cost carriers flying on 7 Romanian airports spread all over the country from more than 70 locations in Europe! And that’s not including major airlines flying on Bucharest Otopeni (the main international airport) with connecting flights from as far away as New York or Doha.

In decreasing order, low cost carriers WizzAir, BlueAir and RyanAir operate the most routes to Romanian airports in Bucharest, Cluj-Napoca and Timisoara. Other smaller airports like Sibiu, Iasi or Oradea have an increasing number of flights mainly from the UK, Spain, Italy and Germany (where most Romanian expats are located) but other parts in Western Europe too. On average, flight time is about 2-3h.

Prices for low-cost flights start from as low as 10€ per way and usually range between 60 - 120€ for a round trip. Beware around major holidays - lots of Romanians living abroad come home so expect higher prices and full flights. Other than that - the best time to visit Romania in during March - October.


The largest airport in Romania is Bucharest Henri Coanda International (official website) located in Otopeni (20 km away from Bucharest) where you have the usual selection of major airlines: Lufthansa, British Airways, Air France, KLM, SAS Scandinavian, Austrian etc. The Romanian national airline is Tarom which operates 40+ routes in Europe and last time we've been with them, ticket prices are similar with those of other major airlines and flight conditions are very decent.

Bottom line - flying to Romania is the best way to get here. Whether you're planning a city break or a longer trip in our country or in the region, flying here will save you precious time that you can use to explore more of the country. 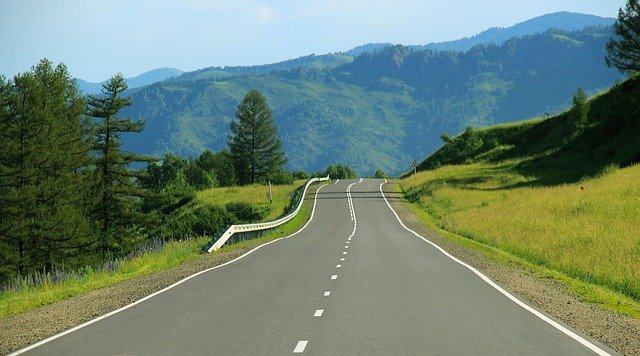 If you’re a fan of the roads, enjoy a driving challenge and want to experience some scenic routes along the way – drive your way to Romania! I've personally done various road trips from here to neighbouring Bulgaria, Serbia and Hungary, and as far away as Germany, Austria, Czech Republic, Croatia or Greece. The main roads in the region are generally good and linking with Romania is easy, but some routes are quite heavy on traffic. Google Maps and Waze offer accurate info and will be your trusted friends for navigating these parts.

Border crossing points are located all over Romania's land borders - for a full list, map & real-time info on waiting lines and important notices, check the official website of Romanian Traffic Police here. If you're entering Romania from the Western border, consider stopping for 1 night in Oradea or Timisoara.

After the 2015 refugee crisis in Europe, standard verifications were reintroduced so expect a routine check from border control agents. You need to have your ID ready and sometimes open your trunk. There will be 2 checkpoints - when exiting a country and entering a new one, but this shouldn't take more than 30 min - 1 hour, depending on traffic. Again, beware of major holidays when expats come home! Once you're on Romanian roads you will need a vignette (road tax) which is electronically generated based on your license plate and can be purchased from small shacks you will see after crossing into the country, or from most gas stations.

The roads leading to Romania are in very good condition and relatively easy to navigate. When not on highways, expect some reckless drivers here and there, lots of trucks, the odd horse cart, bikers and village folk walking on main roads. If you’re an experienced driver under regular conditions (aka not tired), pay attention and stay out of risky situations, you’ll be fine.

Police in the region - that's a tricky one: some know English, some don't. If you get pulled over, stay in your car until an officer comes to your window, and prepare your driver's license, vehicle identification document (registration) and your ID. Also have the car's insurance on hand. The speed limit on highways is usually 130 km/h and on standard E-marked roads 110 km/h, but be sure to check road signs. Popular gas stations: Shell and Mol (Hungary), Lukoil, Petrom, Rompetrol (Romania), Nis (Serbia), OMV (Romania+Bulgaria).

Driving in Eastern Europe is a great way to discover the culture of the region and see local life outside of major cities - guaranteed to surprise you! We recommend doing some research and advance planning to get your geography right: people in Eastern Europe are very proud of their origins and don’t like it when their nationalities get confused by visitors. It might be confusing at first with so many small countries, but it's also a way of respecting the locals, particularly if you're asking for help, meal or accommodation.

So, if you’re considering an Eastern or Southern European road trip I think it's a great travel experience to have that will open your eyes for this lesser-known part of the world!

Finally, if you don’t feel like driving, but still want to see some scenic landscapes and have an Eastern European experience – why not travel by train?

There are direct trains to Romanian cities from Vienna, Budapest, Belgrade, Sofia, Thessaloniki and Istanbul which either stop in border cities like Oradea and Timisoara or head to Bucharest.

There’s also the famous Orient Express train ride which runs from Paris to Instanbul and stops in Romania in Sinaia to visit Peles Castle and in Bucharest.

The regular train routes like Viena/Budapest - Bucharest pass through several major cities in Romania (Oradea, Cluj, Brasov) so that's a good option to consider for getting to Romania. The train from Bucharest to Istanbul is operated by the Bulgarian National Railway so you have to look there. The Romanian National Railway Company - CFR (website) operates a route Bucharest - Sofia - Thessaloniki (Salonic) usually during warm season. Interrail and Trainline sell train tickets to Romanian cities from European destinations - check them out!

Most of these cross-country trains in Eastern Europe operate with 1-2 hour delays and travel at low speeds, which makes a journey with them quite long (10+ hours). Prices range from 40-80€ one way depending on travel conditions and distance. Double check timetables (online + call the departure train station) and pack enough books + food. Travel conditions inside them are fair and decent, though they might look old and unkept. They're generally ok, clean and safe and offer free sightseeing!

As far as I know, using an Interrail pass to navigate Eastern Europe doesn't bring a lot of advantages since many of these cross-border trains run only during Summer season and their prices are cheaper if bought on the spot or with some time in advance directly from the operating companies.

4. Taking a bus or coach to Romania

The last option on the list and, unfortunately, the one I know little about, is travelling to Romania by bus. The cities and capitals of Eastern European countries are connected by bus routes, but you will need to research them locally and double check on departure times and prices.

One thing I can tell you is that FlixBus is operating routes in Romania and another major bus line operator is Eurolines. Taking the bus might be a solution for short distances, but on longer routes such as Bucharest - Sofia or Budapest - Cluj-Napoca expect around 8-12 hours on the bus, depending on traffic.


So that's it - I hope this article on different ways to travel to Romania was helpful for planning your trip here. You should also check our local guide on getting around Romania to see how to navigate our country which is the largest in the region! For more travel tips also check out the 10 things you should know about visiting Romania.

If you're looking for inspiration on what to visit and to, have a look at our handpicked tours in Romania or our list of 'must see' sights of Transylvania. If you still need help - drop us a line!