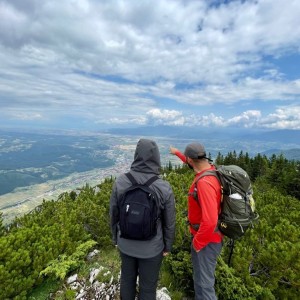 With: Marian 27
Looking for the best hiking tour in Romania? Want to reach the highest peaks in the Carpathian Mts? Ready for a trekking adventure in Transylvania's Alps? If YES then this trip is for you - a 9-day hiking tour going deep in the most beautiful and challenging mountains of Romania to reach the highest peaks and best viewpoints of Transylvania.
Previous Next
Previous Next
page 1/2

Moments to expect in the highest peaks of Transylvania tour:

With: Marian 27
I'm from Brasov and I know this area very well. Join me and my colleagues to discover the beauty of Romania's Carpathian Mountains and come hiking with us!
I like: hiking, biking, snow sports, outdoors and generally having a good time!
I speak: english, romanian
Get in touch